Hello everybody, and welcome to the Alpha 7 devlog of Hotel Tycoon!

During this summer we've been working hard to bring you new features and reworks.

First of all, Alpha 7 doesn't support Alpha 6 saves, so if you try to load an Alpha 6 save in Alpha 7 you'll get a bunch of bugs (sorry!).

Features:
- We have got a couple of modelers (Emil and Thomas) that have been reworking all the models (special thanks to Thomas, who has done more than 40 models in less than a month! Awesome), what means that now Hotel Tycoon looks prettier and works better (the old models were causing FPS drops).

- One of the most-requested feature was the ability to paint the walls, so... Here it is. With the textures done by Wiccana, now you can make more customizable rooms! 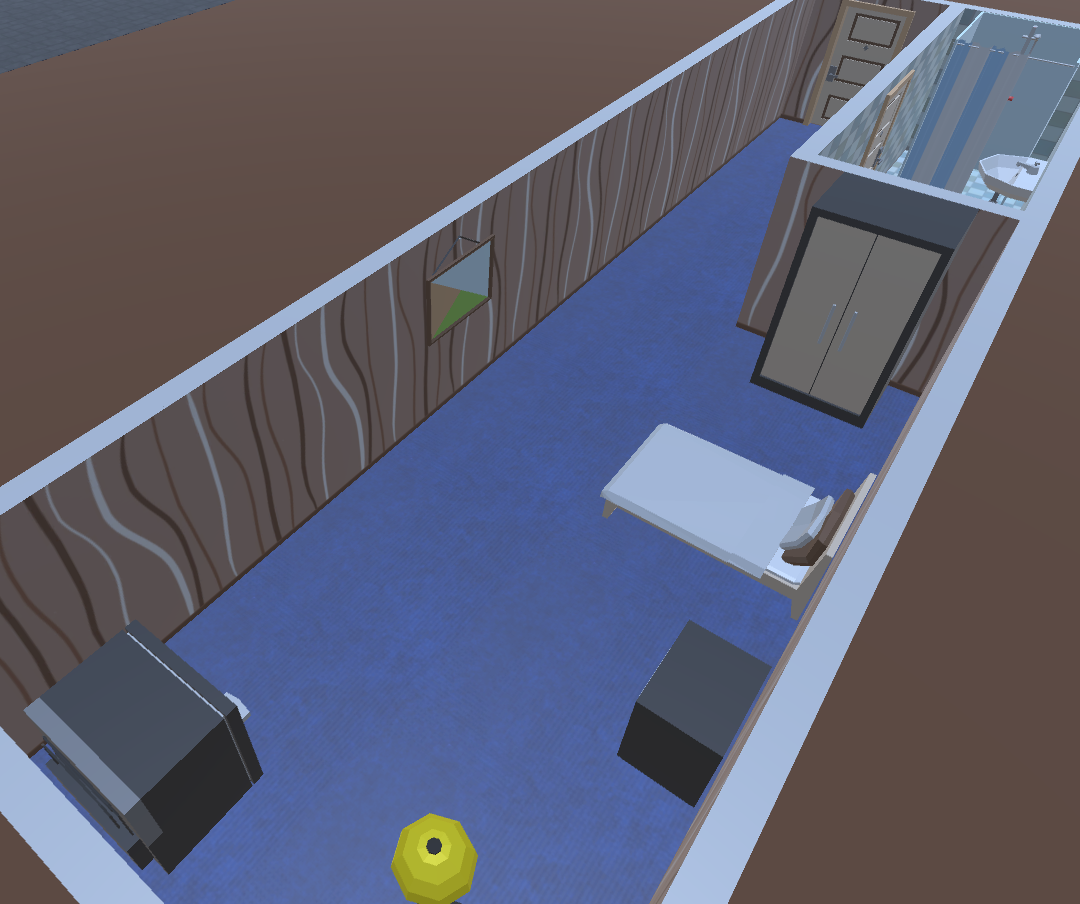 - With the models rework, we decided to do a GUI rework too. The old GUI was a bit uncoordinated, with different styles here and there. But, the most important thing about the GUI rework is that it has been optimized a lot (yay! Optimization update, I hope...). With the GUI rework we've added a Notification area (which will be upgraded in next versions) and Object information (click on an object and it will open a window with the object's name, the room it belongs to (if is a room object) and the remaining things (if it is a box, freezer or whatever). 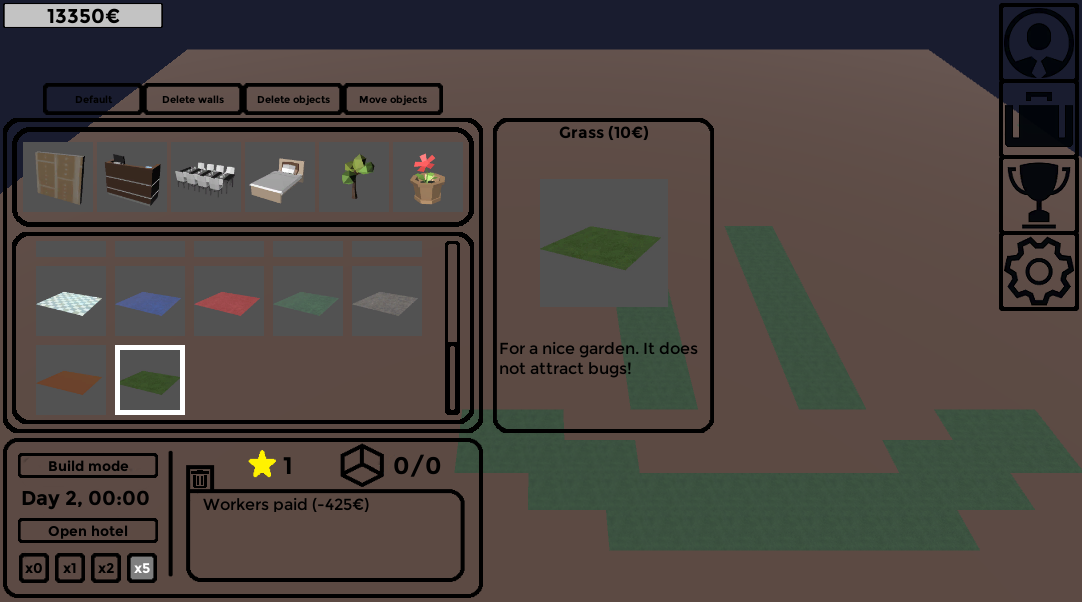 - We've added translations (yes! For now, only English and Spanish are completely translated, and German and French are almost full translated). Feel free to go to https://github.com/DavidGoru/Hotel-Tycoon and help us translating!

Improvements:
- There are now some building limitations. We wanted to give the floors a use, so now: outdoors objects can be placed only above dirt and grass; walls, doors and windows can be placed above any kind of floor; remaining objects can't be placed above dirt.
- Now, you can choose your Money icon (€, £, $ or ¥).
- Almost all objects' code has been improved a lot (you know, Optimization update...). Also, the way the colliders worked has been completely changed in order to improve it (a lot): on Alpha 6, with 10+ rooms FPS would drop to 10 (or less). Now, with 10+ rooms you can (or should) feel the taste of the 60 FPS. The problem is that a lot of things has been changed, and that means that a lot of bugs may appear (we've tested as much as we could, but that doesn't mean that you won't find any bug -> in case you do, remember: https://github.com/DavidGoru/Hotel-Tycoon/issues).
- Now you'll know which object are you hovering (useful when you want to delete/move objects).

About the bugs, we've fixed a bunch of them (as always). For future updates we will try to write on the devlogs the list of bug fixes reported on our GitHub page.

Thank you, once again, for all the support! Hope you enjoy this alpha, and Happy Summer! :)

Manage your own hotel!

I cant even place objects anywhere.. I click where I want it to go, nothing happens....

Is / has anyone else been experiencing this ?

You need to place floors in order to be able to place objects.

ohhhh!! I just now see that sentence.. what a goof I am, Thank you for reminding me of that! A new question, how do I delete floors I didn't mean to place?

Use the "Dirt" floor (is free, and is the same as the ground floor).

Hello! The save files are (if you're using Windows) on  C:\Users\%USERNAME%\AppData\LocalLow\Avr Games\Hotel Tycoon

Just delete the .txt files with the names of the hotels you want to delete!

Were are the save located?

Can someone explain how exactly the Clone room works? cant seem to get it to work right....

The clone room function is a bit limited (will be upgraded in future updates). For now, it only copies room objects, and it won't let you paste it above other objects if those objects interfere with the copied objects.

For some reason guest just leave my hotel before even staying at a room, I have evry worker, and food and drinks and ppaces were they can eat, ive done everything right and they just leave when they get to the reception

If when that happens a notification shows saying that there are no rooms left, it could be because the beds aren't getting cleaned.

I cannot get any of my staff (cleaners or carriers) to continuously do this. (bug ?)